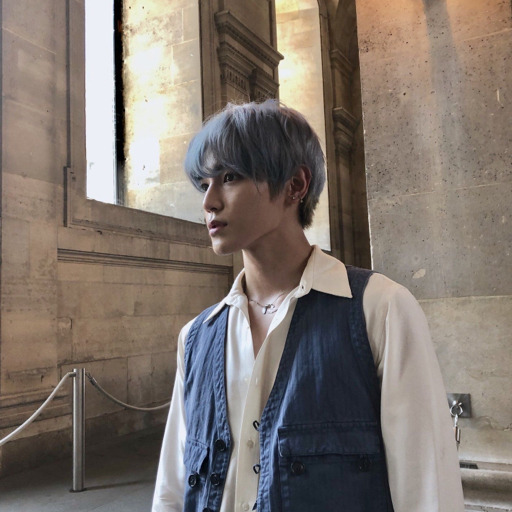 this was the filler title i had used, but now it’s the official name. :^)

this was the filler title i had used, but now it’s the official name. :^)

You’re a vital component of the infamous mafia house, NCT. In spite of the advantages your presence provides, 127 members repeatedly attempt to keep you away from perilous operations. That’s how you end up stranded, again, at the mansion alone. But when desperate times require desperate measures, NCT might just need to relinquish their protectiveness.

(the first part is really just Kun fluff and lots of complaining. further chapters should include more action and 127 members!)

“You’ve been completing almost one task per day. That’s too many.”

You huff, crossing your arms with a scowl.

“I’m zealous! You should be grateful.”

Your ‘boss’ shakes his head, shuffling the documents on his desk. It doesn’t seem like he can be persuaded.

“You’re overworking yourself, Y/N. As both your senior and your friend, I can’t allow you to neglect your health.”

His fatherly tone does not conceal the finality of his words. With a dismissive wave, he announces that his verdict is irrevocable.

With just one look, he silences any further protests. With a sigh of defeat, you storm towards the door, already trying to conjure a Plan B.

“And Y/N! Go get your wounds checked out!”

After over 2 hours of uninterrupted reading, you’re beginning to crave a snack. You hop off your bed, toss the book onto the mattress, and step into the hall. The kitchen is at the end of the hall, and you cringe at the thought of crossing another member on your way there.

Slightly limping, you make it in a few minutes and breathe a sigh of relief when the area is empty. Just as you’re about to open the fridge, a voice startles you.

You whip around, coming face to face with Kun.

A lazy smile spreads across your face and you activate your charms. He seems to know your tactics a little too well though, because he steps back before you can wrap your arms around his neck.

“I know what you’re thinking-”

“Kun~,” you whine, “can you make me some food please?” You give him your most hopeful look, widening your eyes for emphasis.

He sighs, and walks past you to the fridge.

“Fine. I was going to make myself something anyway.”

You clap your hands with anticipation. “Yay! Kun-ge is the best!”

He refuses another hug from you and heats the pan to stir-fry some noodles. Salivating with hunger, you cheer him on from the sidelines.

Finally, the tasty aroma begins to waft in the air and you’re practically hanging over Kun’s shoulder. He adds a finishing touch and sets down your meals on two plates. You quickly whisk them onto the modest table in the kitchen, impatiently waiting for Kun to get seated.

He rolls his eyes at your immaturity, flicking your forehead before taking the chair facing yours.

“Shouldn’t you be thanking me?”

You grin cheekily, ready to take a huge bite of noodles.

He nods a little too smugly and digs in as well.

You talk a little, bantering back and forth, and the meal ends quickly. You take Kun’s plate and offer to do the dishes in return for his cooking, but just as you’re heading to the sink, your senior speaks.

You freeze at his rigid tone.

He strides towards you with a stern expression.

You instantly flinch. How had he noticed? You had hardly taken a few steps and were making sure not to limp. When fight is no longer an option, your heart screams to flee. You drop the plates in the sink with a loud clang and try to race past Kun.

The distance being too small, he swiftly predicts your maneuver and grabs the collar of your shirt before you can leave. He then shoves you back into your chair and places your foot in his lap. Lifting the pant sleeve up, he reveals a large scratch with dried blood.

Kun glowers at you.

You shrug sheepishly, trying to extirpate your limb back.

He sighs, clearly exasperated. Cautiously rolling the fabric up so that it won’t irritate the wound anymore, he offers you a hand.

“We’re going to the infirmary.”

“Yes,” he states firmly. He clenches your arm and practically drags you to the infirmary. You groan, thinking about how you could have run into anyone else… but it had to be one of the doctors.

The lecture is endless.

Though you normally appreciate a distraction to evade your fear of needles, you soon became convinced that Kun’s scolding was inducing more pain than his alcohol wipes.

“Really, Y/N. What are you, a child? I can put up with your clinginess, but you should never hide your injuries. Do you understand that? They can get infected or even scar, and you might have internal injuries, not to mention-”

“If I catch you again, I’ll kill you and resurrect you in an eternal loop of suffering.”

He releases your newly bandaged leg and pats your head.

“Be careful out there, and come see me as soon as you’re back from your missions.”

“I will,” you reply obediently. “Thank you, doctor.”

You sneak off from the infirmary back into your room, praying for no more encounters. Most boys being out for the day, you knew there were slim chances of anyone bothering you. It did feel weird to not eat supper together, but you suppose it couldn’t be helped when they were absent. At least you didn’t dine alone, even if it cost you.

The night is quiet. On an ordinary day, Mark would be strumming his guitar in the room to your right, Zoe tapping away to your left, and Yuta fervently watching anime across you.

Though Zoe basically never left the base, she wasn’t much of a conversationalist. Apart from her, only Taeil, Kun, and Sicheng were home tonight; and all three were busy or boring. Ten was probably at some strip club and all the others were on the mission. Sure, you could appreciate some peace. But you didn’t expect to miss your 127 companions so much; it had only been one day.

Taeil had prevented you from joining because you were going to “burn yourself out”, and although you admittedly were rather weary, you also knew it was partly because you were a younger member.

…Not that they doubted your abilities. It was just that they never accepted to stop shielding you. This time, you had argued that no job in the mafia was safe, but they had defensively brought up your presumed injuries again. With Taeyong having the final word, you knew you couldn’t sway their protective nature even if you proved yourself countless times.

You had tried to conceal your wounds by avoiding the medics, but now that you got caught anyway, you were sure that they would force you to sit out a few more missions. Regardless, you had to admit that you were taking on too many, as Taeil had pointed out. But ever since you got “severely” wounded a few months ago, the boys refused to take you with them, even knowing that they needed you. So how else were you meant to contribute, if not through smaller solo operations?

With an inconclusive sigh, you confined yourself in your room with snacks and a novel. Perhaps if you rested, they would decide that your health was stable enough to participate again.

The ringtone interrupts your reading, making you drop your book in fright. Rapidly, you pick up your phone, knowing it must be urgent.

Jaehyun’s voice is ragged and coarse, but concealing any signs of panic.

Faintly in the background, you hear Taeyong’s voice.

But he sounds pained and exhausted.

“Ask Sicheng for the location. Tell him you have our consent. If he doesn’t believe you, threaten him.”

You quickly hang up and charge into Sicheng’s office, populated  with tens of monitors. He looks up at your sudden arrival and registers your worried face. Without need for communication, he nods and sends you the coordinates to your phone.

Soon, you hop into your car and the engine roars to life.

ateez as stuff i did